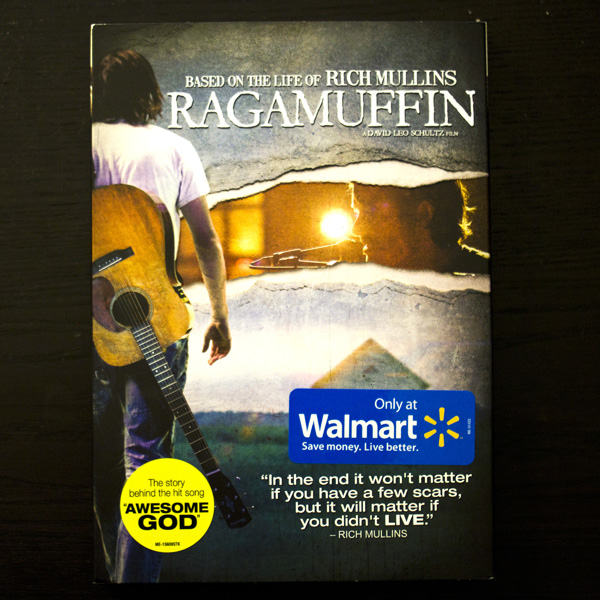 I knew it was coming for the past several months. As a filmmaker, you want to see a movie you made, at whatever capacity you were involved, in a dark theater with a packed, lively, engaged crowd who responded at every beat you planned and even those you didn’t. For me that happened with Ragamuffin in January this year (2014), in Topeka, Kansas. A church had got us into a Regal theater chain near them, and right alongside The Hobbit and American Hustle was our movie. 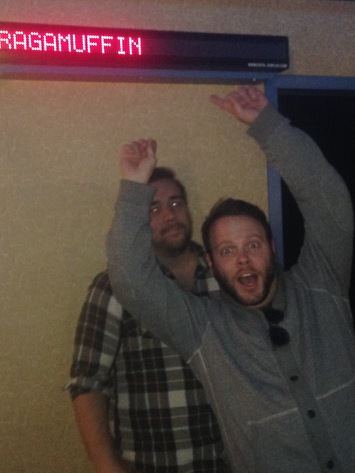 This was one of the coolest moments to be had. And really I don’t know that I’ve enjoyed seeing it as much as I did then, probably because I’ve done 50+ screenings in 2 months. But then I got to live then next experience that I had on my bucket list just last night. Granted I probably should have gone in a little before 10:30 at night, maybe with an entourage rather than just myself at a random Walmart in San Dimas, California. But it was still cool to see it. Ragamuffin, on a shelf for sale at the front of the store.

You can pickup your copy today at any Walmart nationwide, or online by clicking here.